Some laws govern every aspect of life in the world. These laws apply in different ways and lead to some consequences. For instance, you might want to know whether it is legal to take pictures of someone without their consent.

This issue has come up way more times than you can imagine. It is a known fact that some people like taking pictures no matter where they are and whose photos they are taking. However, before doing such a thing, you need to determine if it is legal to take a picture of someone without consent.

Only this way, you will be able to stay out of problems in case there are any. So, what does the law say about taking someone’s pictures without their consent? There are many factors that you need to consider to give a valid answer.

Here are the areas that you can concentrate on. Have a look:

Here are the areas where you can take a person’s photograph without his knowledge. Take a look to understand more:

1.  Public Areas (It Is Fair To Take A Picture)

If you ask the question, is it legal to take a picture of someone without consent, then the answer could be yes. There are places where you can take such photos without any problem. Here are certain instances:

Taking Photo In A Park

If you are in a public park, you might be able to take pictures without any issues. Some people sit well with such actions and see no issues with them. However, the only thing to remember is that you should not take anyone’s picture in a public place and use it anywhere with wrong intentions.

Moreover, you should remember not to create any nuisance with the photo. It is a discouraging act and you should always refrain from it. In such a case, the person might even file a complaint against you.

Taking A Photo In Sporting Arenas

If you are in sporting arenas, you can take photos of some of the participants without their knowledge. So many people do this and have never had any sort of problems with it. However, if you use the photos for advertisement purposes, you might find yourself in a big problem.

In such a case, the sportsperson remains free to file a complaint against you.  Expect harsh consequences to happen after it. You might have to give hefty fines to the court if it reaches the conclusion that you have used a self-clicked photo for advertising purposes.

2. Taking A Photo While An Interview Or Stage Concert

In such cases, the performer knows that some people would take their photos. So, you can consider it as unsaid consent.

3. Taking A Photo Without Consent At School

Taking someone’s photo at school is not correct. As it is not some public place but an institution, you should avoid taking a picture. Again, if you are taking a random photo during a school function, there is no harm in it.

The school authority can, however, take photos of the students at any time without their knowledge. It is because the property of the school belongs to the management.

4. Taking A Photo Without Consent At Work

When a person goes to work, he is going to an organization. So, the same rule as school applies in this case. Taking a photo without the subject’s consent is not technically legal in this case too.  So, you should refrain from it.

However, this rule would not apply to the office owner as it is his private property. He can enjoy the right to take photos.

You need to seek consent from the people responsible, and you might get the permission you need. However, you need to note that getting permitted to take such photos is not always guaranteed. There are some places and cases where such requests might not be granted, meaning you might not be able to take any pictures.

In case you attain a celebrity couple’s marriage ceremony, you might not be able to take a picture if any such ground rule is present. In such a condition, you should respect the rule and refrain from taking any pictures.

On the other hand, ignoring the rule and publishing a photo of a celebrity marriage can be a nuisance. You can expect harsh legal proceedings to occur if the celebrity couple files a complaint against you.

So your question, ‘is it legal to take a picture of someone without consent?’ gets an answer here. From here, you will then move on to other things. Depending on the outcome of your inquiry, you will be permitted to take photos as you request or have your request thrown out altogether.

You need to remember that photographing can sometimes be suspicious activity. Remember, at times, taking photos forms the basis of some criminal activities, leading to some devastating acts in the end. Therefore, you need to be extremely careful when taking pictures and, more particularly, those of children in some areas.

If the timing of your photos is in such a time when cases of kidnappings and other such acts are on the rise, then you might struggle with some people. In some cases, you might even be arrested and be taken to the relevant authorities, where you might have to explain your moves.

However, it can help in a good way also. Photos related to kidnappings, murders, and robbery can act as evidence for legal trials. So, you can take such photos if there are safe grounds.

Is It Harassment To Take A Picture Of Someone At Work?

It is not technically harassment to take someone’s picture at work. However, everything depends on the circumstances.

Is It Illegal To Take A Picture Of A Coworker At Work?

No, it is not illegal to take a picture of a co-worker at work.

Can My Boss Take Pictures Of Me At Work?

Yes, your boss can take your picture for organizational purposes.

Is it legal to take a picture of someone without consent is one that has been asked way too many times. People want to know whether this is good and right by law or not. The text above provides you with all the answers you might need in this case.

What Does All Rights Reserved Mean? 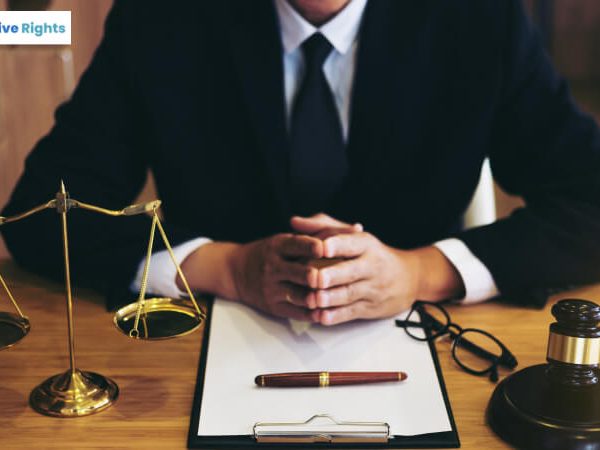 Who Is The Wrongful Death Attorney And How Can You Choose Them?

How To Find A Personal Injury Lawyer? Here Is The Best Way To Find Out!